Yesterday I summarised day 2 of Wagtail Space hosted by Four Digits who have been very generous hosts and organised a superb sprint. Thank you.

Day 3 did not disappoint, although it got off to a slow start for me due to the effects of the party last night which was held in the offices. Beers were had, pool was played and a lot of fun continued until quite late. The musically gifted attendees took to the piano, guitar and microphone. A truly wonderful evening. 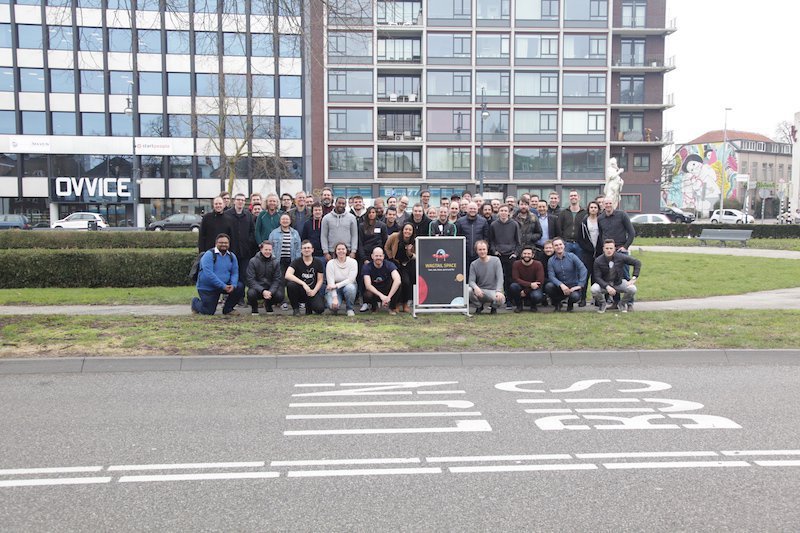 Everyone who attended Wagtail Space, a great bunch of people who are all very welcoming no matter your level of participation.

In terms of day 3 the agenda was to finish off any bits of work which for me was to add myself to the contributors list and update my pull request now I had contributed to core. After lunch it was time for the talks and they were all excellent. The agenda was as follows:

The topic that got the most debate was by Bertrand who produced a kickstarter campaign to try and obtain funding so he can work on Wagtail full time, you can see his pitch here . This was met with mixed views in the room and giving mine will take a lot more consideration so that is for another post someday, maybe. What I will say though is the intent is very sincere, Bertrand is a very clever individual, has given a lot to Wagtail and would like to spend more time devoting it to the project, his intentions are very open and honest. I wish him good luck in this pursuit.

You can see all the talks on the Wagtail Space YouTube channel, you will also find my lightening talk on “Sticking the head back on Wagtail” which is something the NHS.UK team did a while ago, not to say it won’t be detached again if the need arises.

I wrote this on the train (awesome rail network with free wifi and double decker trains, take note UK) as I head back to Amsterdam Airport waving goodbye to Arnhem which I have to say is a very beautiful city that is well worth a visit. It’s been a LOT of fun, a lot of hard work and I am now looking forward to getting home to see my family. Will I come again next year? Absolutely.

Further reading from our friends at Torchbox and Four Digits